David received his MFA in Directing from the Mason Gross School of the Arts at Rutgers University, New Brunswick, NJ. He studied Directing with Amy Saltz and Hal Scott, Acting (Meisner) with Deborah Hedwall and William Esper, and Michael Chekhov/Clown with Lenard Petit. David has a BA in Theatre Arts with concentrations in Acting & Directing from Western Washington University, Bellingham, WA. David has also studied Playwriting with Julie McKee at HB Studio, NYC, NY and Shakespeare for Directors with Patsy Rodenburg at Michael Howard Studios, NYC, NY. David is a Drama League Directing Project alum.

EARLY YEARS: His breakout role was as the Wizard in The Wizard of Oz in the San Marcos Elementary School production. As a 4th grade thespian, David coveted the role of the Scarecrow, but that role went to a more mature, seasoned 5th grade girl. However, he made the most of his role by using his cape like a runway model when he was revealed behind the mask…

Other notable early roles include the Robot Scientist in Cub Pack 662’s Pack Meeting performance and The Messenger in the never-produced The Bad Seed. 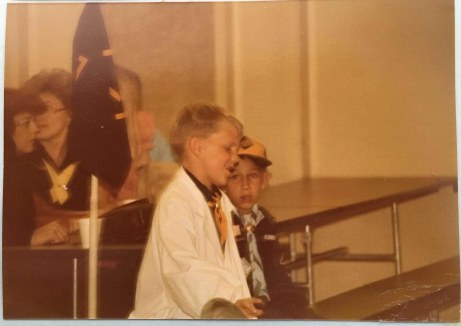 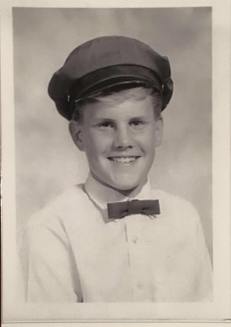 The Messenger, The Bad Seed

For a full Curriculum Vitae.